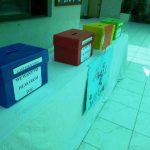 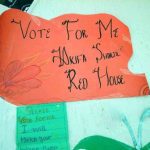 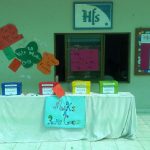 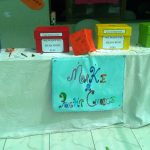 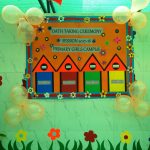 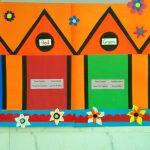 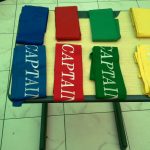 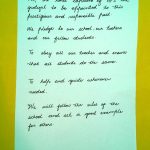 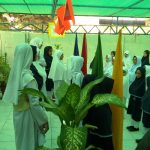 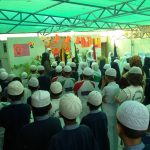 An awareness campaign week was held from Monday October 09, 2017 till Thursday October 12, 2017.Flags were designed, badges were distributed, slogans were raised, charts were prepared and the nominees visited the classes and delivered speeches seeking votes to help them win.The campaign inculcated courage and confidence in them. Campaigns were highly participative, each nominee performed really well throughout the time period.

Each student was supposed to cast a vote and exercise the right. Vote casting took place on Saturday October 14, 2017. Ballot box for each house was maintained; ballot chits were arranged, specifying the names of the nominees representing respective houses. Stage draft was prepared to make a setup for background and tables were arranged to place the ballot boxes and ballot chits. Students were brought grade wise to cast the votes. Voters received an impression on their thumbs to verify.

After the votes were casted, vote counting took place.

The captains along with their house vice captains were announced on Thursday October 19, 2017. Sashes were presented to the elected bodies by Ms Shehla Imran (HFS management), Ms.Hira Noor Khan (Section Head Primary Campus) and Ms. Rasheeda Iran (Quran Coordinator). Thereupon, oath was taken by the captains and house vice captains to take up the elected positions with a great sense of responsibility in uplifting their respective house systems.

Comments Off on HOUSE CAPTAINS ELECTIONS 2017 – 18