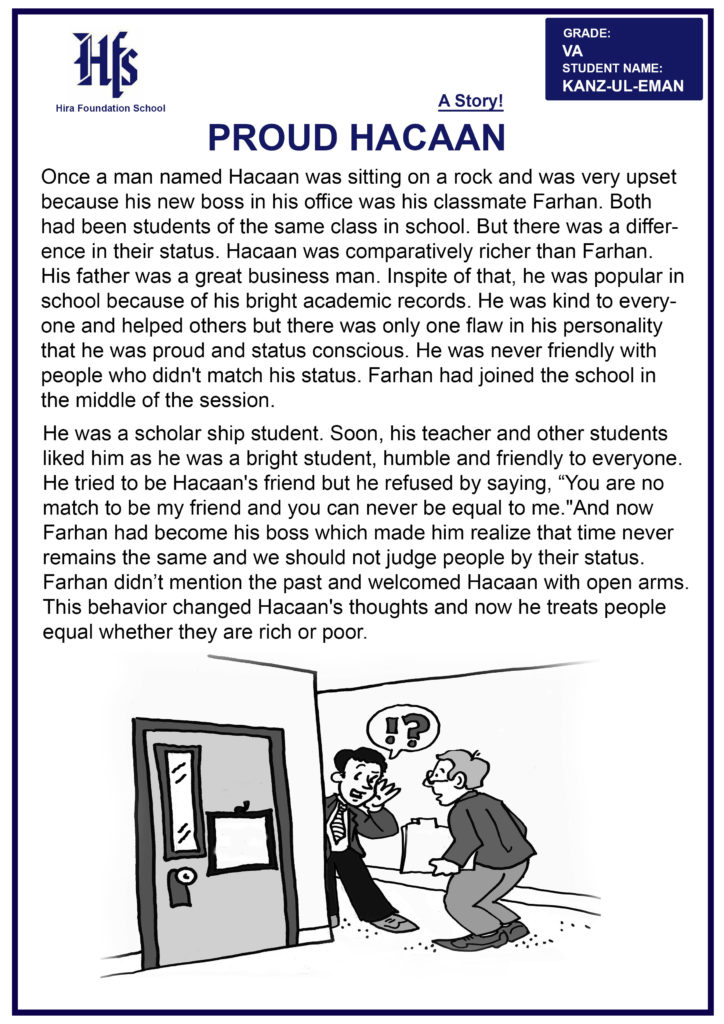 Once a man named Hacaan was sitting on a rock and was very upset because his new boss in his office was his classmate Farhan. Both had been students of the same class in school. But there was a difference in their status. Hacaan was comparatively richer than Farhan. His father was a great business man. Inspite of that, he was popular in school because of his bright academic records. He was kind to everyone and helped others but there was only one flaw in his personality that he was proud and status conscious. He was never friendly with people who didn’t match his status. Farhan had joined the school in the middle of the session.

He was a scholar ship student. Soon, his teacher and other students liked him as he was a bright student, humble and friendly to everyone. He tried to be Hacaan’s friend but he refused by saying, “You are no match to be my friend and you can never be equal to me.”And now Farhan had become his boss which made him realize that time never remains the same and we should not judge people by their status. Farhan didn’t mention the past and welcomed Hacaan with open arms. This behavior changed Hacaan’s thoughts and now he treats people equal whether they are rich or poor.