What does Pakistan Mean To Me? Annual Sports Day on 9th February 2017 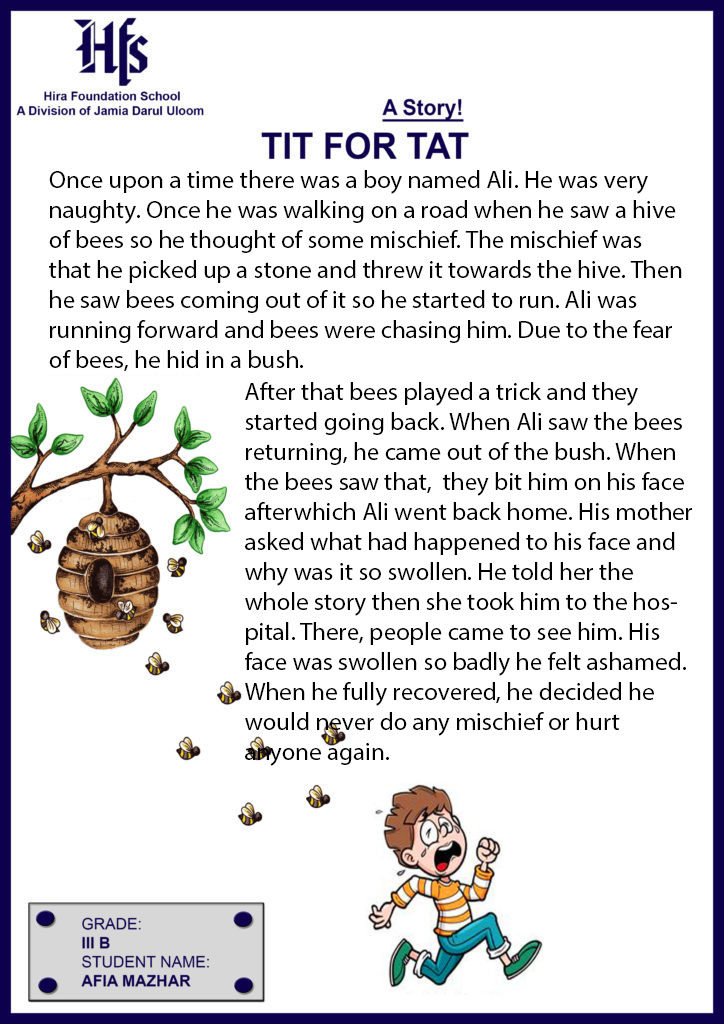 Once upon a time there was a boy named Ali. He was very naughty. Once he was walking on a road when he saw a hive of bees so he thought of some mischief. The mischief was that he picked up a stone and threw it towards the hive. Then he saw bees coming out of it so he started to run. Ali was running forward and bees were chasing him. Due to the fear of bees, he hid in a bush.

After that bees played a trick and they started going back. When Ali saw the bees returning, he came out of the bush. When the bees saw that, they bit him on his face afterwhich Ali went back home. His mother asked what had happened to his face and why was it so swollen. He told her the whole story then she took him to the hospital. There, people came to see him. His face was swollen so badly he felt ashamed. When he fully recovered, he decided he would never do any mischief or hurt anyone again.